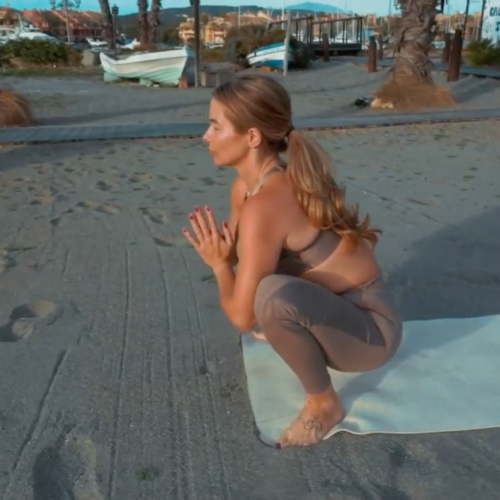 And so, 2021 has been a year for me so far of rebirth and renewal. I felt a strong, strong push at the end of 2020 to start moving towards a very special renewal Kriya that I have been doing, it is a Kundalini Kriya for renewal, and I have been feeling so much power from this with lots of strong surprises.

This kriya has started to bring old memories to the surface. Some traumatic events from the past. It is so true that our issues are in our tissues, so when we start to work through our body and tissues that’s why past trauma can arise.

Maybe these are events I dealt with, and maybe I didn’t, or maybe they are just coming back around for me to remember, to make more sense of, I don’t know, but it’s something that I wanted to speak about because I’ve never really spoke about it before and I think this will be the final release of the trauma and maybe it can help somebody reading this.

When I was 21, I was with my husband who I have been with for 20 years, at the time we had been together for nearly two years, and I fell pregnant. It was an unplanned pregnancy, we were both young and in love and when we discovered our pregnancy we were both very happy, although nervous to tell our parents.

We were nervous to tell our parents because they all assumed we would probably wait till a little bit later to have children I was in university and we didn’t have our own home yet.

But we were both certain we wanted this baby together there was never a question in our minds, so although early on in the pregnancy we went ahead and told family and friends who were shocked at first but then became really excited for us.

A few weeks later came the day of our first scan, and we went to the Liverpool woman’s hospital both really, excited to see our baby on the screen.

Once inside the room to get our scan I remember I was lying on the bed and the sonographer had put the cold jelly on to my tummy and we looked to the screen excited. Now obviously I didn’t really know what I was looking for, But I instinctively picked up to an energy in the room that something was not quite right.

My intuition was right and it then transpired that we were asked to wait for a couple of minutes before a specialist could come in to take another look but we were assured that there was a heartbeat.

What felt like hours later but it was probably only minutes there was a specialist , telling us they had detected abnormalities on the scan, they said the baby was not developing in the normal way, And it was very possible that the baby will be born with a condition that would effect there heart and growth .

The specialist said to us that it was early on in the pregnancy, And we had the choice, If we didn’t want to go ahead with the pregnancy. I was 12 weeks at the time and Michael and I both looked at each other and knew a termination was not an option for us.

We went away., Obviously, really, really gutted and upset, Because we worried for our baby. We told our mums and my dad and they were so supportive and were like, you know what, we’re gonna love this baby, no matter what.

So we went on with the pregnancy and to be honest I didn’t really feel good I was down and worried and sad that this experience was so stressful because was I worried so much I remember thinking I couldn’t bear it if any one made fun of my baby it was heartbreaking to think.

Throughout the pregnancy I felt sick and nauseas just not good, not healthy and myself not like I have in my other pregnancies. It seemed the universe intervened and when We went back Two weeks later, unfortunately, this time when they put the cold jelly on my tummy, And we took a look to the screen, There was no heartbeat.

The screen was so empty without that little beat it was just absolutely devastating to me and Michael and I look back now and it all seems such a blur,

The Rebirth kriya has brought it all to the surface it almost feels like it’s been bubbling over ready to just spill and I have now realized that within that whole event and time. I have been been carrying a lot of blame that may be, I did something wrong. Which of course I didn’t it just was not our time

Over the next weeks and months I was grieving massively for the baby as was Michael, and you know it was a huge challenge in our relationship because obviously all the attention gets put to the woman.

I think it’s important to remember the dads in times like these as they not only dealing with their grief they are also trying to support the woman, Michael found it the most difficult the day there was no heartbeat on the screen, which I think was the most devastating to see for him.

For me this hardest was when I had to get a DAndC to remove the feutus it felt so wrong going under an intrusive medical procedure without any reward like it was supposed to be, and I removed feeling very angry and Michael that I was the one who had to go through this and I was so scared the morning to go to hospital, but it was not as bad as I thought and I was lucky to have my mum and Michael there with me.

After the final hospital appointment Michael and I decided that it wasn’t the time for us to have a baby we needed our own home and went in to finish university, but then I just remember, just having this empty hole.

I know I didn’t actually feel the empty hole gone until I felt me my baby Michael in my arms. When I was about 24, we decided Yeah, you know what, let’s let’s do it time is right and we got pregnant again, we were really happy, But was cautious and didn’t tell anybody.

This time, we kept the pregnancy to ourselves, but then unfortunately,I had a miscarriage, before the 12 weeks periods, I think at this point, it was maybe five weeks. This for the next two years was the cycle, and I actually think there was between 5 and eight miscarriages that I suffered during that time. And it was absolutely soul, destroying.

At this time in my life I didn’t have a regular yoga practice, like I do now and I was scared of movement because of my previous experience (the opposite
Of what I believe now). And I often do believe that maybe the yoga practice could have helped destress me because I believe it was stress and that there was a slight hormone imbalance that I had at the time.

The universe intervened again when the time was right because then we found an amazing specialist at the woman’s hospital Liverpool and straightaway when we told her my issue that I couldn’t seem to hold the pregnancy at this point passed 12 weeks, She said straightaway, It could be PGC that I didn’t have enough of the hormone to to keep the fetus there during the early weeks.

So the next time I got pregnant, they gave me the PGC hormone which I infected daily for the first 12 weeks, and I kept the pregnancy and that pregnancy is now my very son my beautiful boy Michael!

Who knows, was it a placebo effect? Did I just believe so much in the PGC or was it that it genuinely did? who knows? But it was so worth it. I have never needed it to take it any of my other pregnancies and they are the ones I enjoyed the most because I knew I could do!

Since having my babies and becoming a yoga teacher with a daily Practise I also do know that there’s lots of women who struggle, getting pregnant and then they start a yoga practice, low and behold, they become pregnant. This could because if so many factors yoga balance your hormones and distresses you but it also makes you aware if your super powers! And it was really when I was pregnant with Mikey that I really Began to feel the magic of yoga and that magic has not stopped 3 babies and 3 buisiness in it has been a dream come true!

The reason I’m sharing this now is a lot to do with my own self healing, because I feel like I have been carrying a hidden feeling of almost failure, blame, and shame and I believe that it’s this power of the Kriya, that is helping me to unblock and unleash that trauma

I think like many of us I have been literally carrying the guilt blame and shame not only in my body but in my soul. I believe that this Kriya is really helping me to release that, and in order to release it I have almost had to relive it.

It was also January, that we lost the first pregnancy. So I think in January there was also something maybe I was carrying around. As humans we can be unaware of what we are carrying around and then we become reminded by them, by the time, even though we might not consciously, be aware of it.

We could just have a really sad low mood and not have quite realized why, but it could be that the unconscious is picking up, there has been little reminder to a trauma. So that’s why it’s so important to bring these feelings and emotions to the surface so that we can unleash them and feel free of blame and shame.

I use this saying quite a lot about grief the only way out is through! you can’t bury it because the weight really will keep you down. And whether I buried the events I have spoken about today, I don’t really know, but I do know that I feel so much better now that it’s more to the surface. I’ve released the shame and the guilt and gave the girl in her 20s lots of hugs and helped to nuture her! The rebirth Kriya has created so much much magic for me by helping me to release, I am so happy I listening to my inner guide and started this journey!

I am so excited for the next 40 days of rebirth when the whole of LYS come together as a collective it’s going to be so powerful 💥 Click below to see the full Kryia series.

Find Peace within Your Pelvic Floor

It’s all about the balance: Did you know over contraction can be as uncomfortable as no contraction? A hypertonic pelvic floor…

It's time to integrate your health with your wealth. We spend on average 2080 hours per year in work. For some… 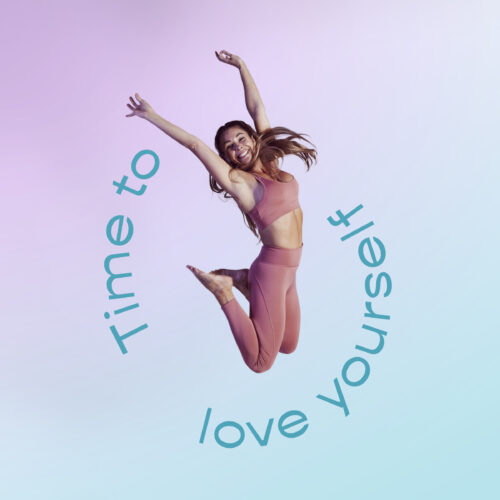 How I became a Goddess Boss

At 29 years old I was a business owner. Becoming a buissiness owner seemed to happen overnight with the opportunity of…